Skip to content
HomeTHE Job of a Husband and Wife 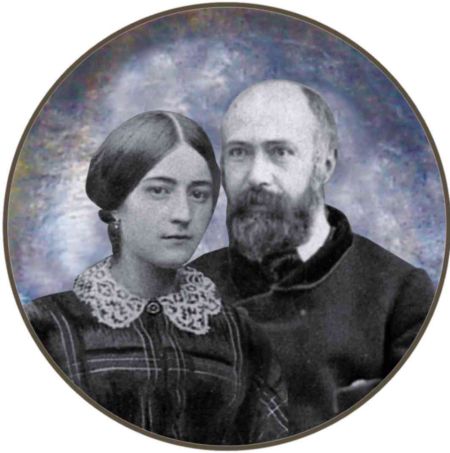 Did you know that husbands and wives have jobs? I don’t mean that they each have their own a place of employment, I mean that they have a job together. Regarding the ‘chief end’ of the sacrament of matrimony, the Baltimore Catechism states that the husband and wife should “aid each other in securing the salvation of their souls.” That means the primary job of a husband and wife is to help get each other to heaven.

A beautiful example of a husband and wife who achieved this goal of helping each other get to heaven is that of Saints Luis and Zelie Martin. They trusted that God had chosen them to play an essential role in each other’s sanctification, (second of course to Jesus’ saving power.) They took this job seriously and their desire to live holy lives naturally filtered down to their children. Most notably to one of their well-known daughters, Saint Therese of Lisieux.

The following excerpt was taken from the June 2017 issue of Magnificat regarding this holy husband and wife:

Luis and Zelie Martin were joined in marriage on July 13, 1858. And…their communion came in the raising and educating of five daughters-and the shared grief borne when four more little ones, two boys and two girls, died in childhood.

Their daughter Celine testified that each of her parents was a “personality”: “Different temperaments, but perfectly well matched, each one complementing, in perfect harmony, the deficiencies of the other, always corrected by virtue.” Zelie succumbed to breast cancer when her youngest, little Therese was only four and a half. Louis would live to see Therese join the same convent that had received three of her sisters (his other daughter would go to the Visitandines).

In May 1888, moved with gratitude for the spiritual fruitfulness of his family, he “offered himself” to God. His last six years were marked by almost continual physical and mental suffering. Therese was canonized in 1925. Louis and Zelie were canonized together in 2015 by Pope Francis.

Two things in particular stuck me when I read this passage. One was the “ordinariness” of their vocation. Did they take their family on a mission to some 3rd world country? Was the couple martyred for their faith? No! Their holy marriage was modest and unassuming. They bloomed where they were planted and their love for God was at the core of their vocation-even during the loss of four of their children. They were centered on God each and every day, not just for one hour at Mass on Sunday.

The second note of interest about this couple was their contrasting personalities and how they used their different temperaments to fill in the gaps of the other. Let’s look again at what their daughter Celine stated about her parents. She said that they were “perfectly well matched, each one complementing, in perfect harmony, the deficiencies of the other, always corrected by virtue.” It is so easy to get annoyed at the differences in our spouse. You might think to yourself why in the world does he/she do things that way? And if you add to the mix the belief that YOU have no deficiencies; that you are always right, always perfect, then you do not have a recipe for success.

Remember that that your primary job is to help get each other to heaven. God brought the two of you together and He knows what he is doing! We need to trust him and cooperate with his plan. That means looking at the differences in your spouse as an opportunity for growth instead of an irritating stumbling block. It means admitting that you have faults and being open to feedback from your spouse. We have a lot to learn from Louis and Zelie Martin who virtuously corrected each other.

Husbands, wives: We need to take our job seriously! Let’s get to work at transforming our ordinary marriages into extraordinary ones. Ones that will help each other get to heaven.

Loving Father, through the intercession of Saints Louis and Zelie Martin, help me to acknowledge my deficiencies and humbly accept correction from my spouse. Take my ordinary marriage and help make it extraordinary. 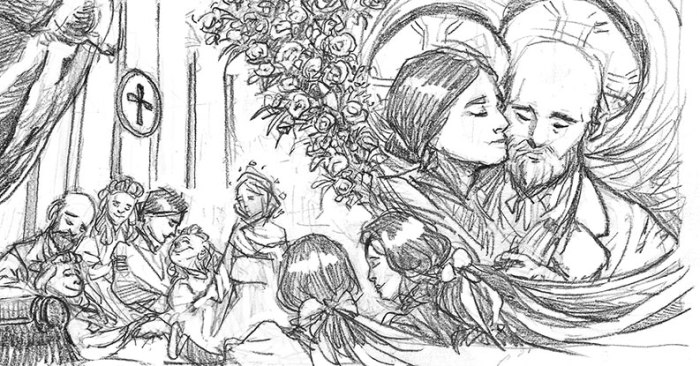